Growing up in Northern Ireland, amongst beautiful scenery and the by sea, you take things for granted. However, being away from it for 20 months and coming back, I wanted to just immerse myself in everything and anything Northern Irish. I wanted to see old places and explore newer ones too.

One thing I did manage to get to was the Titanic Centre in Belfast, a new attraction in Northern Ireland since my departure (March 2012). 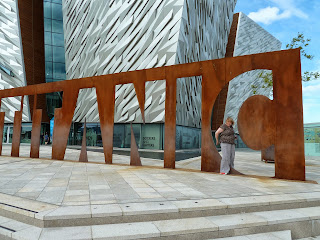 For the benefit of those who don’t want to read the full blog posting, I’ll provide an overview.

What:
Titanic Centre (or the Titanic Experience), Belfast, Northern Ireland. Noted to be the World’s Largest Titanic Exhibition Centre. The building itself is to scale in height of the actual ship and is located where Titanic was made (At Harland and Wolf Docks).

Where
Titanic Quarter (1 Olympic Way, Queens Road, Belfast). Parking is available on site, but its also 1.7km from Donegal Square, which has more parking facilities

Getting there: A short drive (approx. 15 minutes from Belfast City Airport). If travelling from other parts of Northern Ireland, your best bet is to get off at Belfast Central station. Buses run to the centre, and there is a walking map on their website.

Cost:
For the main Titanic Centre “Titanic Experience” £14.75 (adult) £7.25 (child 5+) under 5s free. Family ticket: £37 (2 adults, 2 children). There are other attractions within the centre, which have additional costs. It is cheaper to book online (which I’ve since discovered)

For more info, have a look here! 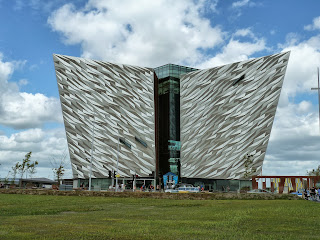 When I left Northern Ireland, I had some awareness of this centre being built (it commenced in 2009). It’s amazing how fast something like this can come together. Although to be honest, living in Christchurch, in a constantly changing environment, I should be used to this.

We left Coleraine on the North Coast, and arrived in Belfast in an hour. We got a parking space in the car park and wandered on into the centre. It was huge on the inside, with so much to look at. It had the usual gift shop and café, but also advertised other tours and afternoon tea events. 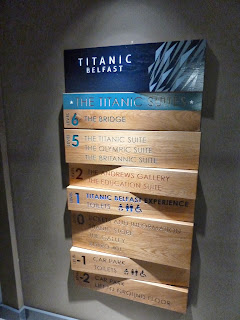 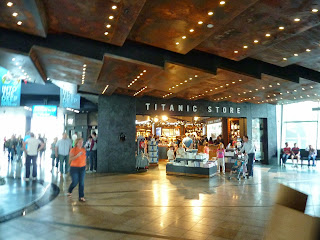 The centre was quite busy, and so we had to book a slot for a little later in the day. We headed out of the centre and along through the newly built Titanic Quarter. It was beautiful, looking back at the sheer size of the building and knowing that Titanic stood at that height.

There are newly built apartments along by the waterfront. We spent a little while here eating lunch and watch the world go by. I’ve said it numerous times about lots of places, but I just love being by waterfronts, harbours, rivers or the sea. 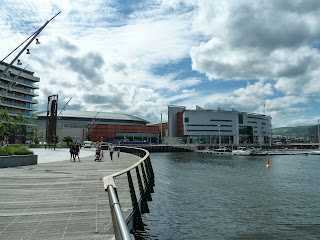 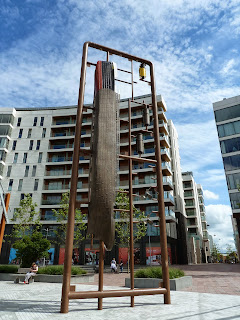 We later discovered another wee attraction called the Public Record Office of Northern Ireland, which is located just a 5 minute walk from the Titanic Centre. This had free displays with reference to Northern Irish History (Worth a visit!)

Another part of the Titanic Quarter is the SS Nomadic ship, which is the last surviving ship of the White Star Line. There is a cost to have a tour around it, but we didn’t in the end, but it was amazing to see, knowing that it took passengers from Cherbourg out to board the Titanic. 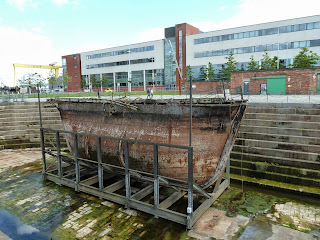 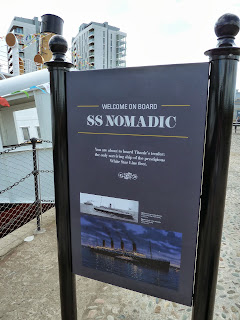 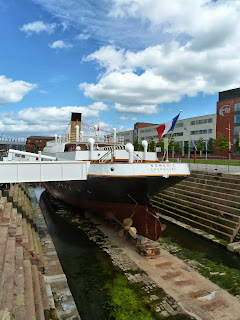 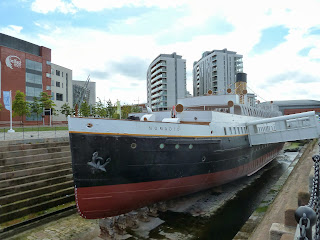 SS Nomadic in the ship yard of Harland and Wolf, Belfast

When it was our time to get into the centre, we weren’t too far away. The enter exhibition took 2 hours to waned around, although if you stopped and read everything, you our be there longer.

The exhibition itself was very interesting, it was mixed between some Northern Irish history and history of Titanic. 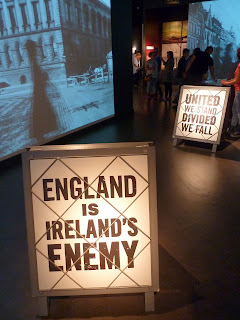 I think some people in Ireland still have this view of England.

My knowledge of Titanic was very little. Most of it learnt through the film (I wasn’t much of a history fan at school), but I found this really interesting. There were written pieces with timelines, audio recordings and artefacts everywhere. 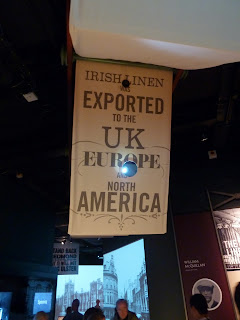 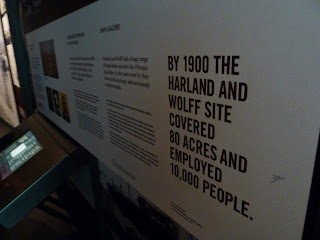 the exhibition included a lot of facts about the ship, building and people 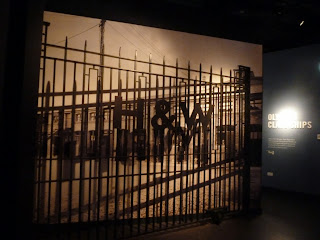 Replica of the Harland and Wolf ship yard gates 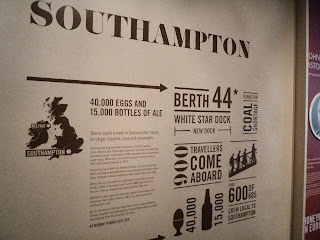 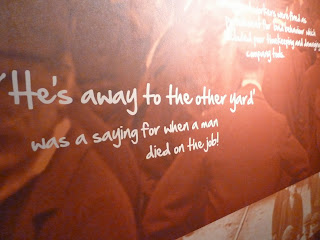 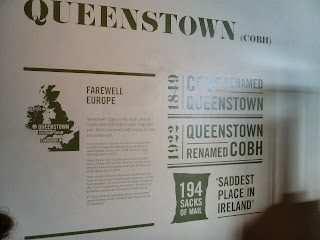 I took this photo, due to the relevance to where I currently live (New Zealand). I later looked this up, but Queenstown in New Zealand doesn’t actually come from this name).
Halfway round the centre, there was the chance to go on the Titanic experience ride. A small cart like train which took you though the building of the ship. It was quite realistic and you felt like you could be in the depths of the shipyard itself.
After finishing the centre, you can sit outside in the launch area of the docks (this is free to do, so you don’t need a ticket to walk around this area). It was quite cool to walk around in the area that the Titanic was launched from. 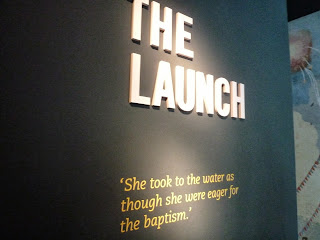 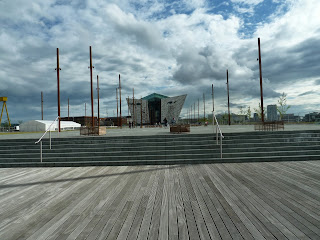 Part of the launch area, looking back toward the Titanic Centre.
Overall I’d say this is well worth doing in Northern Ireland. I think many people forget that the Titanic was built in Belfast. I’m proud of this fact (despite the fact it sank). The amount of work and effort put into building it was incredible.
I you’re in Belfast, definitely drop by. Even if it is just for a wander around the area. The building is incredible!