Returning to Northern Ireland after 579 days

I was 19 when I left Northern Ireland, to live, study and work in England. It was September 2006; a whole seven years ago now. My youngest sister is now about to do the same thing in a matter of days herself, and I am excited for her. Living in England, I found my independence, and my passion for adventure and exploring grew, with the great public transport network and easier access from London to Europe on the Eurostar. 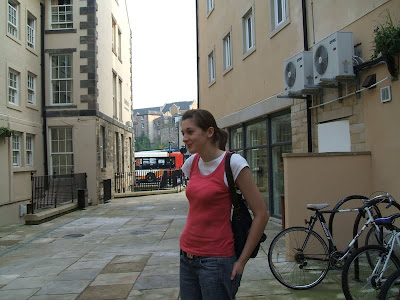 Blast from the past .. 19 year old Abbi on my first weekend in Lancaster, England

For me, Northern Ireland will always be home, but apart from short trips at Easter, Summer and Christmas, I have never lived there for more than 8 weeks at a time in these seven years that have gone by. I am not sure that I will return there to live, but it will always be home.

That said, I always looked forward to going home. Hearing the home accent, and seeing the familiar places and things that had was part of the fabric of my life. 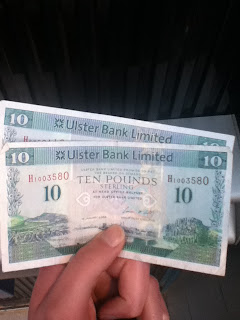 £20 in Northern Irish banknotes (we have a few different banks that produce their own notes, but its worth the Same), though in England, the notes aren’t accepted all the time, despite it saying “sterling” 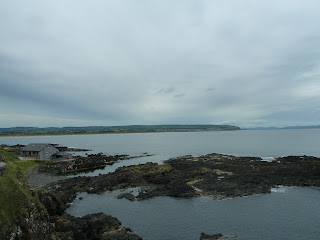 Walking around Portstewart Harbour .. one of my favourite places in the world.

Sitting in the departure lounge at London Luton airport with my sister, it felt as though I had never left the UK, everything looked so normal. Running into Boots (the chemist) to pick up a cheap bottle of water before flying, and handing in my Boots advantage card, felt like second nature.

We arrived at the airport at a good enough time to be able to pick up a few things (including birthday wine for my dad). We sat and watched the world go by, and then all of a sudden around us, it appeared that an influx of Northern Irish people had descended on us, they appeared to be everywhere.

One of the things I used to love about flying from Manchester Airport (near to where I studied) to Belfast, was hearing the accent at the airport, after living predominantly amongst English people.

After being on long haul flights for the past few days, flying the one hour from London to Northern Ireland felt super fast.

We flew with Easyjet (similar to Jetstar .. fairly cheap, but may e more reliable). Again, seeing planes like this was normal, but it still made me feel excited.

It was nice flying with my sister again, after flying so much on my own. The last flight we had taken together was from Nelson to Christchurch on January 3rd this year.

Flying into Belfast International Airport, and seeing the green fields – I knew I was home. Belfast International Airport feels relatively small, but in reality its probably a similar size to Christchurch.
We picked up our baggage and walked through to meet my parents and younger sister. Previously, you could walk right into where people collected their bags, but now you have to wait behind double doors.

Giving my family hugs after 19 months was good, but it felt like I had only left a cold Northern Ireland yesterday (when really it was December 28th 2011). Driving home, I was loving seeing all the things that make up home; from the adverts for Tatyo crisps and Ormo Wheaten bread, to the loyalist murals and flags around housing estates.

One novelty which I hadn’t been used to for a while was how light it was. We didn’t get back until 9.30pm, and it was still light.

Arriving in my hometown of Coleraine, everything looked the same. We went to the Chinese takeaway we always go to, ordered similar things, and went to the Tesco (Supermarket) I used to work in to pick up drinks. The one change was eating our Chinese with the Korean chopsticks I had brought back. That’s when I realised my travels hadn’t been a dream.

It was coming into my family home, where I could finally see some changes. My parents had renovated two bedrooms, a bathroom and the hallway. It was beautiful. There were still our baby and family photos up around the place, but it scared me a little, as with the youngest off to uni soon, I realised how much we had grown up.

The following 6 days at home were lovely. I had little planned apart from a welcome home BBQ at the weekend, and catching up with friends. One of the loveliest things was the feeling of picking up were I left off with others. 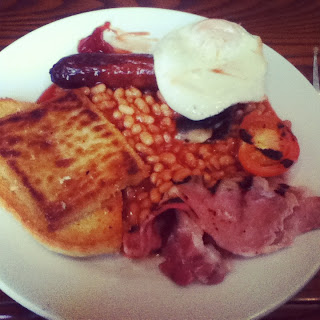 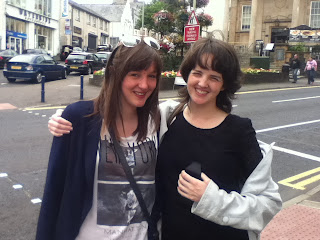 With a good friend from home 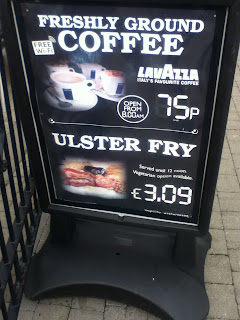 Seeing signs like this with prices in pounds and pence was great .. it felt so cheap!

So although the place as a physical environment hadn’t changed much, with the exception of a few new shops; people had changed. I loved returning to my old favourite coffee shops and cafés and just catching up. 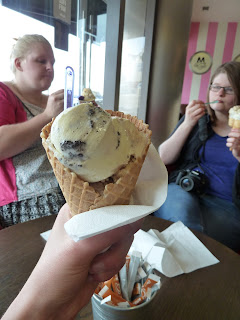 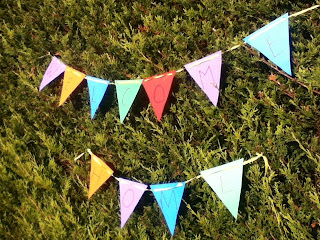 I love my hometown, and I’d really recommend people visiting the North Coast of Northern Ireland.
Over the next week or so, I will be writing about my time at home –
Where I’ve been and what I got up to.

It was good to be home.