Lake Tekapo in the Mackenzie Country, South Island; is probably my most blogged about location (after Christchurch). On June 15th, with my friend newly arrived from London we made the trip along with my flatmate and a fellow traveller. The weather did not look promising for the entire week, or even on the day, but we went anyway, and I am glad we did.

This trip will bring my visits to this Lake to 4 inside 18 months. It is a 3 hour drive away, but totally worth it.

The further inland we got towards the Lake, the more crowded it got, and the more worried I got. I think when travelling you can (or at least I do) often think I need to see a place in its best light, to make a good impression on someone.

My first visit to the Lake was in March 2012, and it was stunning. I later returned at the end of May/early June 2012, it was stunning and again on the hottest day on 2013 in January.

On 15th June it was incredible. We came over the hill into Tekapo township and the low lying cloud lifted to an awesome blue in front of us. 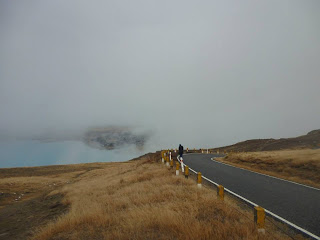 Our first port of call (as always) was to the top for the best views – Mount John Observatory. As we were standing on the top, observing the snow covering mountains, the low lying cloud set in, but almost a mid level; so you saw something above and below the clouds – it was unlike anything I have ever seen before at this spot – just wonderful. 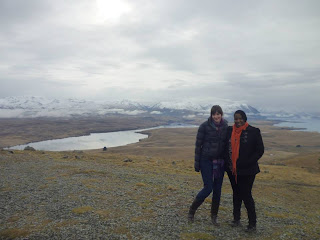 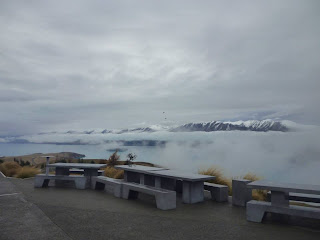 We later parked up near the Cabins (just before Tekapo Springs), and had a wonder, and took hundreds of pictures.

I probably don’t need to say too much more about Lake Tekapo as the pictures can speak for how amazing it is; its one of my must sees in the South Island 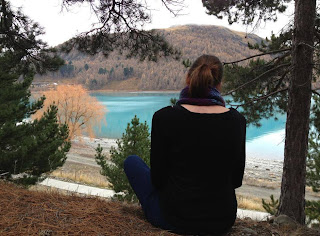 This is a view I could look at all day, beautiful