It is the last day of summer (apparently), but it is still pretty hot, and we have continued hot weather to come so it seems. It was nowhere near as nice as this last year.
The only thing I am noticing is that it is slowly getting darker earlier. Winter will come I know this, and I will have to swap my fan for the electric heater and hot water bottle, but I am just going to enjoy this while I can.

Earlier in the year I wrote about the crazy bad sunburn I got up in Abel Tasman. I have been burnt several times since I got here, but never like this.

A few weeks after I got back from AT, I started to peel, and then my skin got really itchy and I started to develop quite a rash. 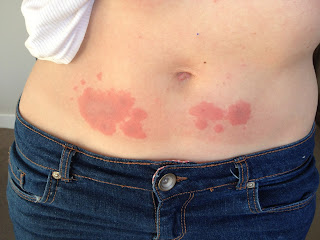 It started off a little smaller than this 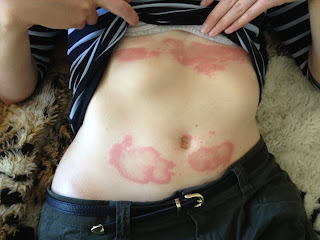 So for the first time in over 1 year in New Zealand, I went to the GP. Although I first of all went and spent $15 on cream from the pharmacy (the Pharmacist told me it was ringworm).  It then got really itchy and I noticed that a mole looked a bit bigger. So I instantly panicked and went to the 24 hour surgery. The doctor there told me it was hives and gave me antihistamines. I think I paid $95 for the appointment and the antihistamines.

Fast forward 2 weeks and the rash was spreading even more onto my legs, and was increasing itchy, so I thought I’d go to my own GP which would cost a lot less. When I arrived last year, I registered (or thought I did last year), but apparently I didn’t complete the process at the time by booking a new patient appointment. So I had to take time out of work for an hour and do all that.
When the GP saw the rash she was stumped and asked for a 2nd opinion from another GP who deals with skin problems a lot and he didn’t know. They increased my antihistamines and said they’d refer me to a specialist. However, after talking to people at work, I was convinced that going privately would be best, as I was told the public system could take up to 3 months to be seen.

So off I tottered to a private dermatologist, and paid $185 for a very short appointment, by this time my rash had healed and it was probably just hives. I was sent for a blood test and they confirmed it wasn’t Lupus. Although I did have my moles checked at the time and they were fine. New Zealand sun is crazy. NZ has the highest incidence of skin cancer in the world, so I really should know better.

Moral of the story: wear sun cream, hats, sunglasses and don’t bake yourself in the sun!

For the rest of parts of my Summer here, I did a lot of other cool things in the area, which was nice. Last year I was jumping on and off planes and constantly on the move. It has been nice to stay in Christchurch. I went to a few BBQs, went on bike rides, and a summer garden party, as well as had a few BBQs in our own back yard, though not nearly enough as we should have. 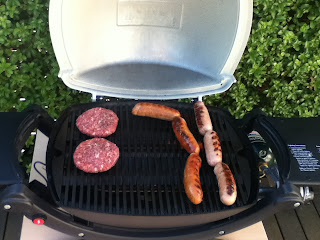 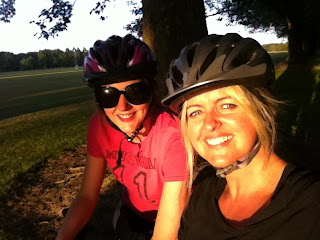 Bike ride in Hagley Park with my flatmate.

During our bike ride, we stumbled upon a rehearsal for an outdoor summer theatre production of Wind and the Willows. It was from the Anthony Harper Theatre, who have been going for a long wee while. The production was going to be based entirely in and around the river Avon, which was amazing. So we looked up the dates and headed down there a few weeks ago. It was amazing. There were so many families and people who with picnics, fish and chips and pizzas. We showed up quite unprepared and just had some crisps and a drink. The show was great though, and the props were fantastic. 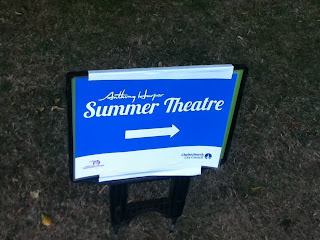 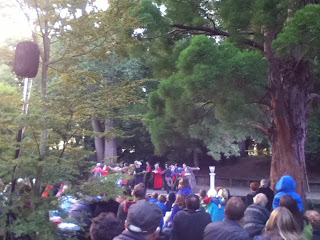 I also had the chance to do an activity with a local meetup group we went over to Sumner beach and I hired out a Stand Up Paddle board for the afternoon, as I had done this before This wasn’t too successful this time round however, as the frequency of the waves was pretty intense. It was nice to meet some new people; a good couple of Irish and English people. I then had to hang around in Sumner for a few hours to wait to return the Paddle Board, as I thought I’d need it for longer. So I ended up getting chips from the same place my sister and I had got them a month previous. Hard to believe its been a month or more since she left. I honestly don’t know where time has gone to. 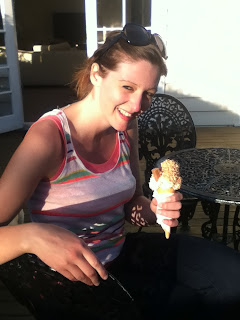 Enjoying a whipped ice cream in the evening sun: this brought back memories of my time at home with family. A walk on the beach, and then ice cream

I am really getting a bit more of the travel bug now. My German friend Steffi, who I met through church came over a few nights ago and we had a baking session, and a pizza session (it was a fattening night). 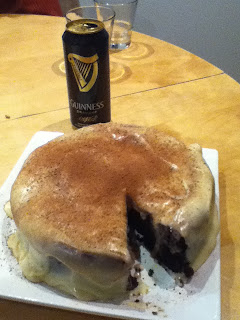 Steffi is leaving to go back to Germany as her visa is expiring soon. She has been here since October 2011, but is returning to finish her teaching qualifications. She is leaving and going via Toyko. Talking to her about this trip really makes me want to finish work and just travel for 6 months, but I know that that will take money and me being brave to leave something and not have anything to fall back on. I think I will just have to see how I feel after I go home and come back again. I do love Christchurch, but there is always this longing to discover more.

Travel And Tech How Does It Benefit Us?

A Guide To Choosing The Best Cruise Line

Coping Financially After Giving Up Work

Adding An International Twist To British Food Favourites
2 weeks ago

My baby essentials
4 weeks ago

Travel And Tech How Does It Benefit Us?
1 month ago

A Guide To Choosing The Best Cruise Line
1 month ago
Instagram has returned invalid data.
By continuing to browse the site you are agreeing to our use of cookies.
error: This content is my work and is protected