Sydney, Part III: Discovering the new in the old

I don’t think that anyone can truly say that they are ‘done’ with a city or a country, or that they’ve seen all there is to see in or about a place; Instead, I believe that you can continue to discover new things in an old place, which is why I am excited to write about my recent stopover in Sydney.

My stopover in Sydney was a last minute (one week prior) change to my flight itinerary, and so I really had little time to plan anything that I wanted to do. 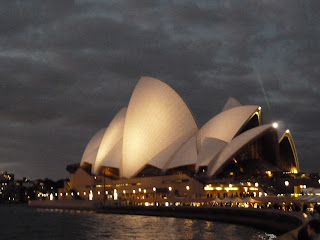 On my previous two trips to Sydney, I was rushing around like a mad thing, trying to squeeze in places in Sydney that I wanted to see and take a photo of quickly, before moving on.
However, this stop was a quite different, and perhaps this was because I was with my friend who has recently moved to Sydney from London; she is a lot more relaxed than I am, and recently has been teaching me about being more relaxed about life, rather than rushing from place to place. 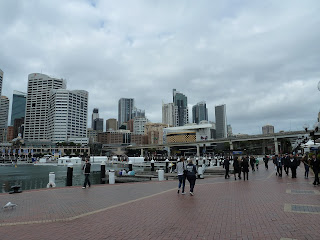 Something that she observed about me when she visited me in New Zealand and stayed with me, was that I am always in a major rush to do everything; from preparing dinner, to super fast walking to places.  This isn’t a recent attribute; I’ve always been rather ‘slap-dash’ about things, always wanting to finish something quickly, so I can move on to the next thing.
So I am trying to make more of a conscious effort to slow down and actually appreciate where I am at that particular moment in time, without thinking about what the next thing is. This is something that will take time, but I think it is a valuable lesson.
After I arrived into Sydney and checked into my hostel. I went to meet my friend at Circular Quay station – this is one of my favourite stations in Sydney.

The reason I choose to meet here, was because I had booked a place to have brunch for 11am, in Darling Harbour. So for anyone that knows Sydney, they’ll know that Darling harbour is nowhere near Circular Quay. In fact, it is closer to where I was staying, at Central station. One thing I don’t think that will ever change about me is my sense of direction and map reading ability. 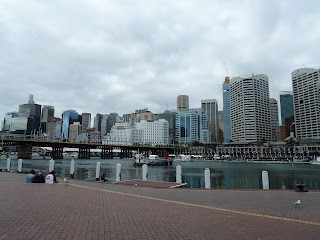 Darling Harbour
So after discovering that we were in the complete wrong side of the city, we set off on a walk to Darling Harbour. This took us well over an hour, but it was a nice walk, and around streets I hadn’t seen before. In the end, we arrived for an early lunch, and were joined by one of the girls my friend met at her hostel when she first arrived.
After lunch, our next stop was to Bondi Beach. I didn’t visit this famous beach two years ago, and when I visited in October, it was raining and very grey, so looked not so nice. However, on this occasion, Sydney was having rather pleasant 16 degree weather, with a mix of sunshine and clouds; in fact I was wandering around in leggings and a shirt – something I don’t do that often during wintertime in New Zealand. 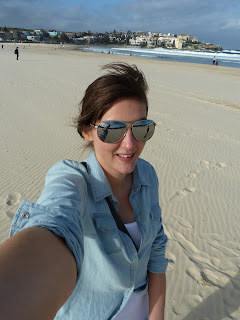 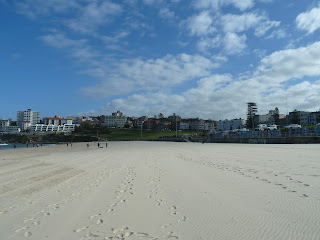 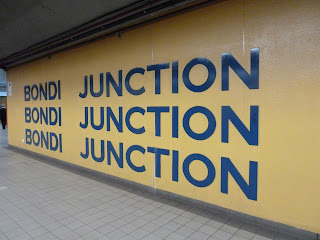 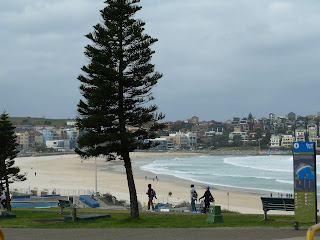 We spent a good hour or more at Bondi – walking along the beach and stopping for the occasional photograph. It was nice, the sand was lovely and white and it was quite a relaxing stroll. I can see why the beach is popular, and can imagine how packed out it would be in the summer. It would be quite interesting to return there on a hot summers day to see it.
Following this, we took a trip back into the city to Kings Cross, where I briefly called into where my friend was staying. The rest of the evening was relatively unplanned, so my friend suggested we go a walk to the viewpoint of the Opera House, and watch the sun setting. 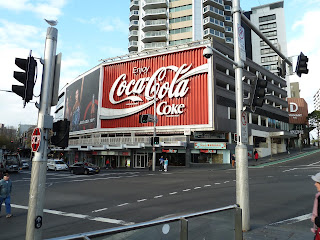 The walk we completed was along Mrs Macquire’s bushland walk. This is accessible via the botanical gardens. It took about 10 minutes to walk from kings cross, down to the start of the harbour, we followed it around, passed the Australian Navy base, and to the entrance of the botanical gardens. The walk all up took about an hour, as we stopped along the way, but it could probably be done in 30 minutes. It was such a beautiful walk. 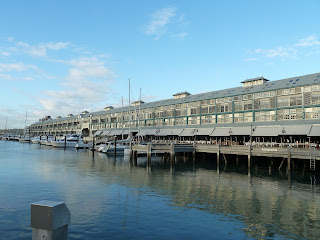 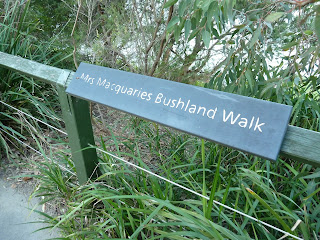 After about 20-25 minutes, we reach the viewpoint, which was up a slight hill. Here, we watched the sun setting, it was stunning. The spot we were at is the main spot were photos of the Opera House and the Harbour Bridge are mostly photographed for tourism purposes, and postcards, as it is the spot that both can be seen together; whereas, on the other side, at the harbour – the bridge is to the right and the Opera House to the left. 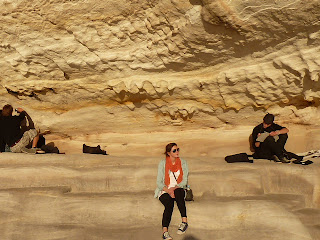 Watching the sunset over the Opera House 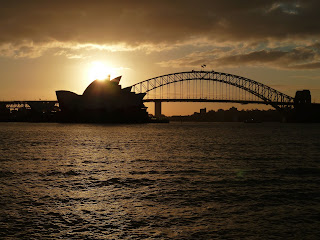 I got some amazing photographs (currently in love with the camera my day gave me, it takes wonderful sun set photos). We sat down and watched the sun disappear over the bridge, then walked to the where the walk ends; at the Opera House; or at the other entrance (city end) of the botanical gardens. 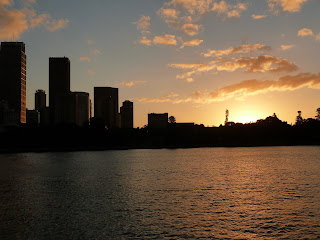 View of the sun setting over CBD 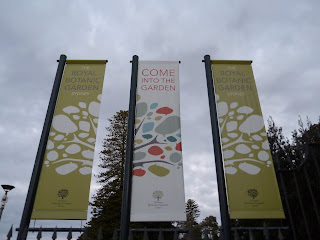 Entrance of the Botanical gardens, towards the city end 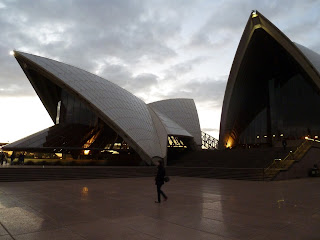 Close up of the Opera House
By 6pm, it was getting quite cold, so we stopped off for a warm drink at Starbucks (one which I drank at quite a lot on my first trip in 2011 – travel nostalgia!). By this point I was pretty shattered. I had been up since 1am (Sydney time), and at that point I could have crawled into bed, but didn’t.
Later in the evening, we stopped off at the YHA, which my friend wanted to see (as she was originally planning to stay at, but didn’t in the end as it didn’t have free internet). I put on some warmer clothes and we headed across the road to the side bar, where we had a coupon for free drinks (through the work scheme my friend had signed up to). We only stayed out for a few, then said our goodbyes; after discussing our upcoming travel plans. 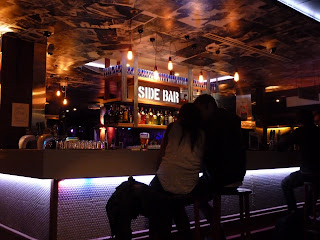 Side Bar, Sydney Central (part of Wake Up Hostel); has cheap cocktails and drinks 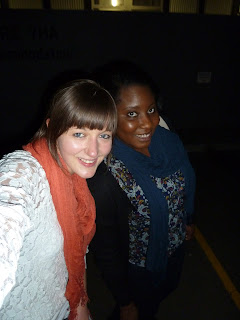 Saying my goodbyes to my friend
I slept exceptionally well, and felt well rested as I jumped on a train at 7am to the airport.
In all, this was a relatively inexpensive stopover to Australia, which was good, as Australia is expensive for a tourist, In fact I paid $3 AUD for a bottle of water (roughly $4NZD!) two days later in Seoul I paid 700 Won (which is the equivalent to 35p or 70 cents (New Zealand cents).
I will definitely return to Sydney again one day, as I am sure there are more places left that I can discover.

The first flight with our baby
1 month ago

Self isolation with a baby
4 months ago

Planning a vacation to Orlando? Here is what you should know
4 months ago
Instagram has returned empty data. Please authorize your Instagram account in the plugin settings .
By continuing to browse the site you are agreeing to our use of cookies.
error: This content is my work and is protected