The Korean love of technology

One of my the observations I made, and fairly early on at that, was that they (Korean people) love their technology. Coming from a westernised society, were if you had the latest fan-dangled laptop, smartphone or MP3 player, you wouldn’t be taking it out in public too much, in fear of it being stolen.

This is not the view that is taken in Korea. Everywhere you look in Seoul, there will be a person, or rather several people using some piece of technology, mainly the latest Samsung smartphone, or tablet PC.
I think I once counted 3 people in the whole train carriage, myself included who did not have an iPod or MP3 player in their ears or a phone in their hand. 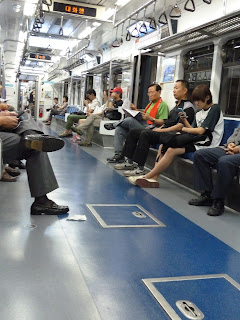 The use of phones and tablet PCs were not limited to use public transport, or whilst stationary, they were actually being used whilst mobile, in the street, in shops, everywhere. I know I have been guilty in the past of walking along the street and sending a quick text message. However, I feel Koreans take this to another level. I once was walking behind someone, coming from a metro station and heading up to street level. This young chap was holding, what looked like a smartphone, with an aerial attached. He had earphones in his ears and was watching what looked like the latest Korean drama. I was appalled! He didn’t stop to look up once, just continued to walk, crossing the street in traffic. I wonder what how many road traffic accidents are technology based in Korea?
Furthermore, another thing I noticed was that if an item was not being used, it would still be in the person’s hands. As if it were surgically attached. I watched as three girls got on a metro, all chatting merrily. They all were carrying hand bags in one hand, and in the other, their smartphone. They clearly were not using it, but it was still in their hands.
So why are Korean’s so obsessed with technology? Is this the way our world is moving forward, a nation obsessed with holding on to a piece of technology, walking along the street with it glued to their hands, only communicating via text message or social media sites. I hope not.
I’ll pause here for a second as I’d like to confess that I am not 100% guilt free. I do keep up to date with a lot of things via Facebook and Twitter, and do like technology. A friend from home commented that they always know wherein the world I am, and what I am up to, as it is always on my Facebook page.
So this post is in no way a dig at Koreans or an anti-technology, we should all still be writing letters to each other post, but more of an observational look on how fast technology is moving and how we are using it today.
One of the main conclusions I came to about why Korea is so into their latest gadgets is, in fact that the technology giant Samsung is a Korean company (this is a fact I didn’t know). Whilst I was in Seoul, I paid a visit to the Samsung HQ building, which is based in Gangnam, it wasn’t terribly exciting but had a shop (Samsing D’light), where you can go and buy the latest gadgets before the rest of the world. 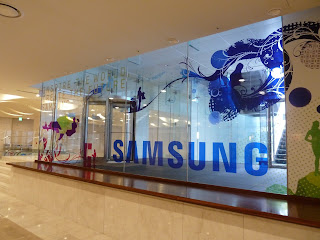 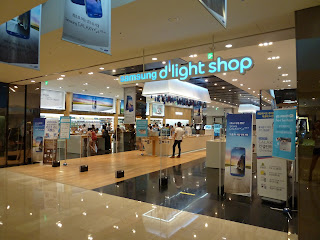 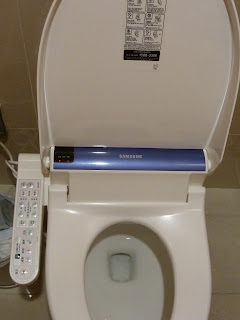 Even the toilets had a technology element to them
Just across the road from the HQ is Samsung D’light, classified as a digital playground. Here you go and wander around and test out all the latest techno toys, which range from touch screen desktop computers, fridges, cameras and even fitness products, including a stationary bike which links up to your TV (I’m sorry, but what is wrong with going out on an actual bike?) 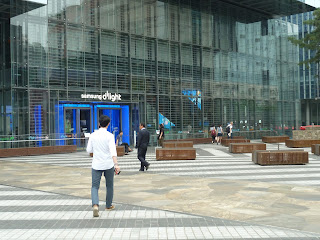 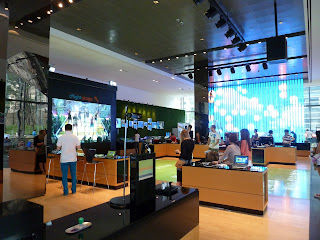 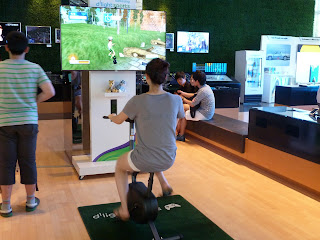 In saying all this, I think most of us would be lost without technology today. I certainly wouldn’t be sat on a plane typing this, if someone decided against making tablet PCs, and you wouldn’t be reading this if blogging websites or the internet didn’t come to be.
Technology is good, I guess we just need to be careful with how it’s used and how often. It shouldn’t take over or lives, but be a mere accessories