The cost of travel in New Zealand

Putting a price tag on the cost of travelling any country is near to impossible. This is predominantly due to the various styles of travel, as well as locations visited in that particular country, and the activities that you get up to.

A quick search online will reveal that travelling in New Zealand (and its neighbour Australia), can be quite expensive.

However, having lived in New Zealand, and travelled extensively through and around it, for the past 21 months, I’d like to add to the many blog posts out there on this topic, with hopefully some additional specifics which may make your travel cheaper. Figures are provided in New Zealand Dollars. 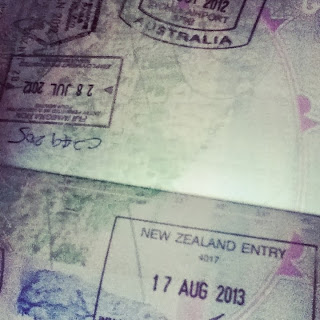 One of my many re-entry stamps into New Zealand

One of the difficulties about putting a cost on travelling is the difference in prices for different locations. So I’ll try to be as accurate in my estimations as possible. 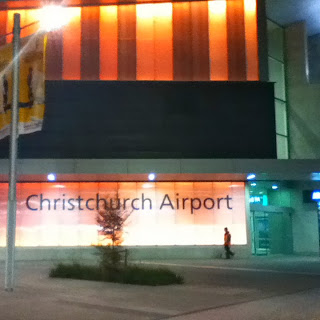 Dunedin:
Dunedin is probably the one city in New Zealand, with the furthest away airport. The airport itself is located in Momona, a whole 30km south of the city. There are no bus services, but the airport advertise the supershuttle (see below) as well as various taxi companies.

Queenstown:
Queenstown is probably one of the smallest international airports I’ve been in. Its international mainly, as it has flights to Australia. A one way fare to the town centre on connectabus will cost $8. You can also get a bus to Wanaka from Queenstown airport.

Another cheaper way to transfer from the airport to the city (other than a taxi) is by using the Super Shuttle which operates outside all airports in New Zealand, and costs from $16 to $34 per person depending on where in the city you’re going. The cost goes down in price with the more people you are travelling with.

I’ve been quite fortunate to have been able to connect with people who have cars, and all they ask is that we share the fuel costs. I have also used various forms of public transport. 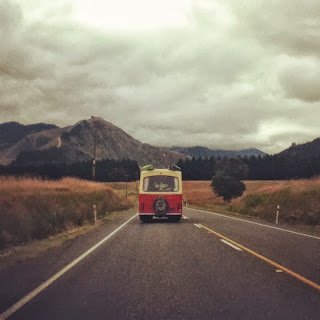 New Zealand is quite a small country, and its infrastructure may surprise some people, although it is heavily catered for tourists, there are no great rail links, apart from a few.

In Auckland there are metro trains (almost like a subway, but they go to the outer suburbs too). In Wellington there are suburban trains, as well as links to the kiwi rail scenic journeys (see below). 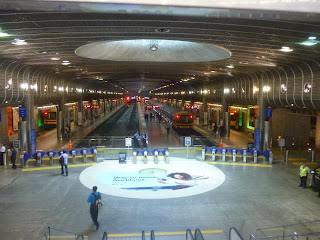 KiwiRail Scenic is what I’d call a tourist train. Services include trains from Auckland to Wellington (Via the West coast – Hamilton and Palmerston North). This is known as the Northern Explorer.

On the South Island, there are two services from Christchurch– The Tranz Scenic to Greymouth on the west coast (this is meant to be one of the met amazing rail journeys in the world, through Arthur’s Pass).

Then there is the Tranz Coastal, which runs from Christchurch to Picton (in time to connect to the Interislander Ferry

These services tend to be more expensive and there is only one train service per day, but some of the journeys are spectacular. 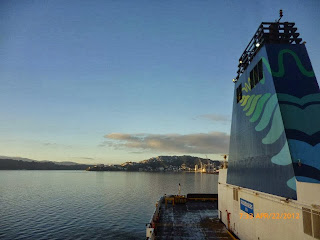 In Dunedin there is a beautiful old railway station. There is a tourist train called the Taieri Gorge Railway. There are three different services on the historic railway to different locations from Dunedin to Central Otago. There are optional coach connections from certain areas to Queenstown. You can also do the central Otago Rail trail in this way (see below). 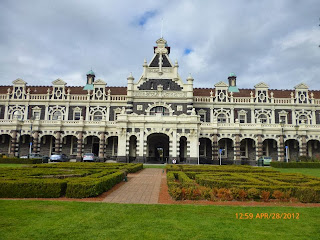 Planes
If you are short on time in New Zealand, but want to visit a number of places, the best way to get around is by flying.

Air New Zealand and Jetstar are the only two airline companies that do internal flights. If you book early, often you can secure good deals. 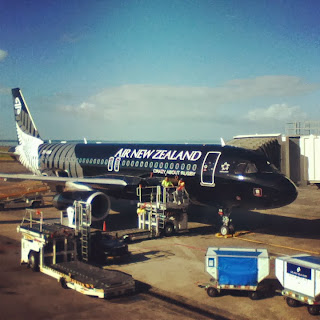 A promotional All Blacks Plane (not long after the Rugby World Cup) at Auckland Airport.

JetStar also has deals on occasionally. Friday Frenzy from 4-8pm can often secure you a one way $9 fare between a number of locations in New Zealand. I’ve flown to Queenstown from Christchurch for $30 return (bargain).

Self-drive
New Zealand is well mapped out for those who want to explore by wheels. There are many options here. Either by hiring a car (can be expensive), from $30 per day plus fuel. Fuel (petrol is roughly $2.15 per litre).

Transfer Car – Drive for free
Transfer Car is a website which offers you transport for free from one location in New Zealand to another. Normally, the vehicle (car, campervan etc) will be free, and you just need to pay fuel. Sometimes you get free fuel, or additional extras such as a ticket for the interislander ferry if driving between Auckland and Christchurch for example.
You need to register and express interest in a car in advance. You will get a certain amount of days to get between the locations. Anywhere for 2 days to 7. Great way of seeing a bit of the country for free!

Bike
In 2011, when I first travelled to New Zealand, I met a Canadian girl who was travelling around New Zealand on a bike. She had her gear strapped to her back including a tent, if she was unable to get a hostel. I admired her for her bravery in doing this. New Zealand is well set up for those who want to bike.
Another Traveller I’ve met since being in New Zealand this time, has cycled from Christchurch to Queenstown, and completed the Central Otago Rail Trail 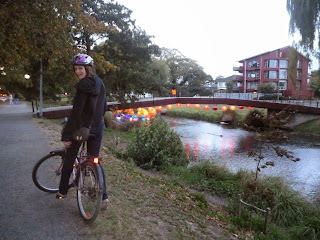 On a bike I was given for free from a work colleague, cycling around a local park

Buses (coach tours)
There are a number of tour companies in New Zealand, that offer tailored trips around the country. I have never used any of these companies to travel around, so cannot offer any recommendations. I’d advise looking into each of the companies to see which best meets your needs.

Companies including The Kiwi Experience, Stray Bus and Magic offer travel and accommodation passes in both North and South Island for as little as $270 for 3 days to $1800 + for 30 days. Stray bus advertise taking you off the beaten track, whereas kiwi experience is all about fun

One company I have used, which I can recommend is Fullers. I used this company to travel from the bay of islands to the far north (Cape Reinga) earlier this year. This cost $105 for an all day tour. 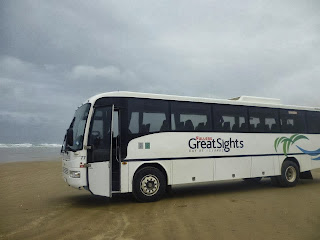 Buses (non tour)
Much like National Express and Megabus in the UK, or Greyhound in the US and Australia. New Zealand have low cost bus services between a lot of the made sites (and places off the beaten track)

Two companies I’ve used in the past on my travels are Naked Bus andIntercity they have quite cheap fares if you book in advance from as low as $9. I’ve also used a company called Atomic travel

Accommodation
New Zealand caters for various Traveller styles. If you’re on a pretty tight budget, you can couch surf, or if you’re on a Working Holiday Visa, you can often get free accommodation by working for a few days in a hostel. You can also couch surf.

Hostels
Hostel prices in New Zealand vary, depending on the area. Queenstown and Auckland tend to be a bit pricey, as many backpackers base themselves there, and hostels can charge more, as people will pay for it.

I’ve stayed in various hostels in New Zealand, from quite upmarket ones, to those I’m glad I was only in for one night. One night in a hostel will cost you anything from $15 to $50 depending on how many people you are willing to share with. I paid $20 for a crowded 10 share room in Nelson around the New Year period. 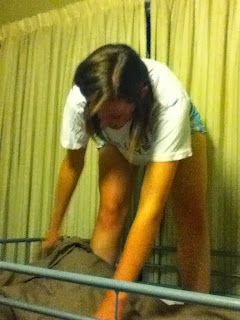 Some of the more upmarket hostels have additional extras which make paying that little bit more for. Such as free WiFi, free ski gear, free international calls to landlines at home. 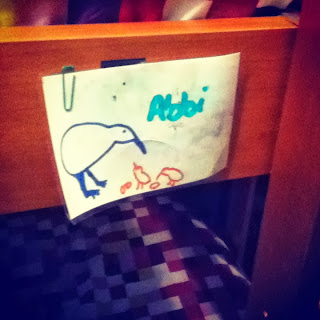 Sometimes its the little personal touches that make the difference, in a hostel in Queenstown 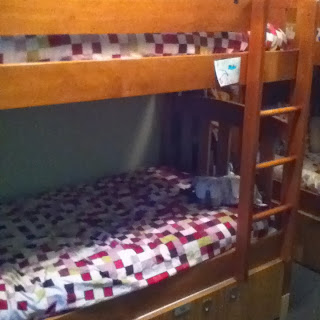 Camping is quite popular in New Zealand. You can get a site for anything between $25 and $50, for powered and non powered sites. 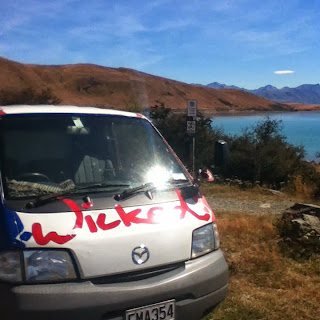 A camper parked up at Lake Tekapo 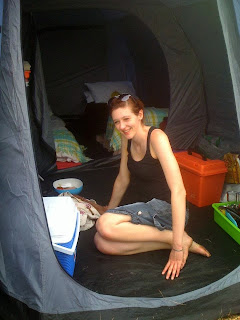 Last year I wrote about staying in a friends Bach in Wanaka for $100 per night, for three of us. Its good to make connections with people for cheap accommodation.

On one of my visits to Lake Tekapo, I stayed in a little cabin by the Lake for $30 per night between four of us. 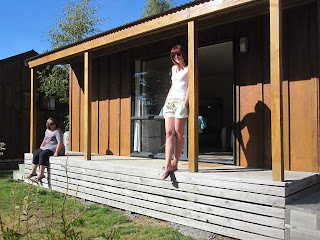 The other good way to share accommodation costs in New Zealand is by using the increasingly popular Air BnB or Motels, which can cost anything from $120 to $200.

Boats
Around the New Year period, I stayed with my sister on a backpackers boat in the Abel Tasman.Aquapackers cost $70 per night for breakfast, dinner and accommodation. 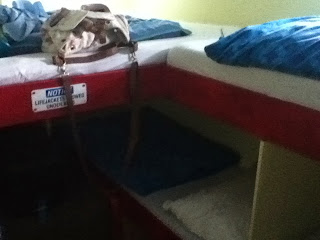 My bed for the night on the boat
Hotels
For those who want to travel in luxury, hotels are readily available. Some offer special deals for shared rooms at certain times of the year. Over the Christmas period, we paid $120 for a shared room, in the Rydges Hotel, Queenstown, which wasn’t bad between 3 people. Of course there are more expensive hotels in New Zealand. 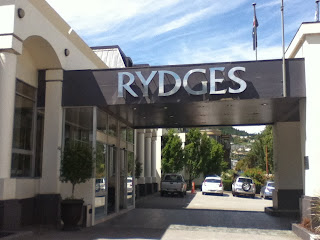 Rydges Hotel, Queenstown.
Food
Food costs vary in New Zealand. Cooking for yourself can be done relatively cheaply. Though there are certain products that are more expensive, such as diary produce and fruit/veg.
Some hostels often offer basics for free, such as pasta, rice and spices.
If shopping in New Zealand, try and go to places such as Pak ‘n save or Countdown, as these are cheapest. Fresh Choice and New World, along with smaller convenience stores (four square) tend to be more expensive. However, when in smaller towns, you may not have an option, so its best to stock up if you’re in a bigger town/city. 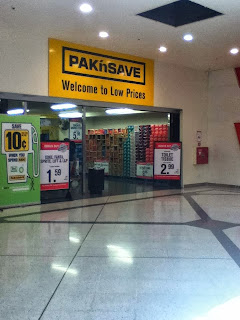 A local Pak n Save in Christchurch
Activities
Activities in New Zealand are limitless, and cater for any kind of Traveller. From dolphin watching, glow worm caves, to boat tours, through to the crazier activities of skydiving to bungy jumping. A bungy jump will set you back about $200 and a skydive $400.
There are a number of free activities you can do, which are mainly on foot, such as hiking, free museums and viewing the seals in Kaikoura. 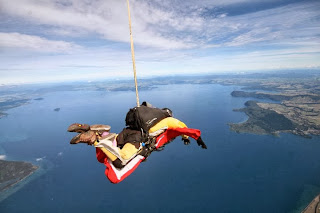